An astounding number young people in Southern Africa are living with HIV/AIDS. To some in the same condition, it has been a hope lost, a dream broken, and a life given up. Yet it is in situations like these that God raises his people to take on adoptive roles and reach out to the broken and faint hearted. At Celebrate International, God has given momentum to the Champions For Life (Champions’ ministry, a ministry that has the vision of empowering those living and being affected by HIV.

What is a Champion? It’s a child, young woman or young man who is living with or being affected by HIV. Many astigmatisms and deep pains come from rejection from families, disownment of friends and living life alone. We call them Champions, and we teach them that God see’s them as such, giving them a brighter future to look forward to, a family to be apart of and a hope  to grab hold of. Champions transforms children with Aids to find their identity and hope in the unconditional love of Christ. 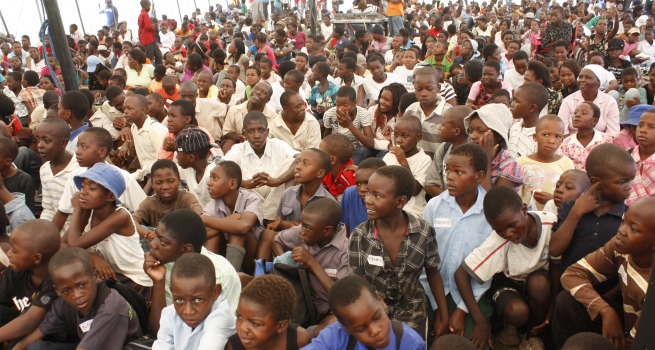 For Champions, it is not just about looking out for those who are in need, but a matter of reaching out to all those in places no one ever thought existed. To date, Champions has impacted over 10,000 people living and affected by HIV. The Champions team has raised great champions that had given up on everything life could offer and those champions stand as living testimonies to the whole world.

Champions is taking the Gospel to young people living with HIV/AIDS in Zimbabwe, Zambia, Botswana, Uganda, and expanding. Led by Dr. Andrew Reid, Champions is empowering, bringing relief and education, and renewed life all across Zimbabwe.

Celebrate International's mission is to transform lives and reform nations. Join us in reaching people across southern Africa through our work.

Meet our Celebrated Children. These Zimbabwean children are victims of HIV, poverty and have no families. We bring them into our family, give them a loving home, and teach them life skills. Everyone deserves hope in life.

Join our cause today to tell new stories